This is the second blog post in a series of articles about using the CCEB cluster. An overview of the series is available here. This post focuses on basics of command line.

Most people use the terms folder and directory interchangeably. From a programmers point of view though there is a slight distinction. A directory is file organization system while a folder is the graphical user interface that is used to represent a directory. For example, on both Mac and Windows operating systems the visual representation of a directory that most users interact with is a folder. 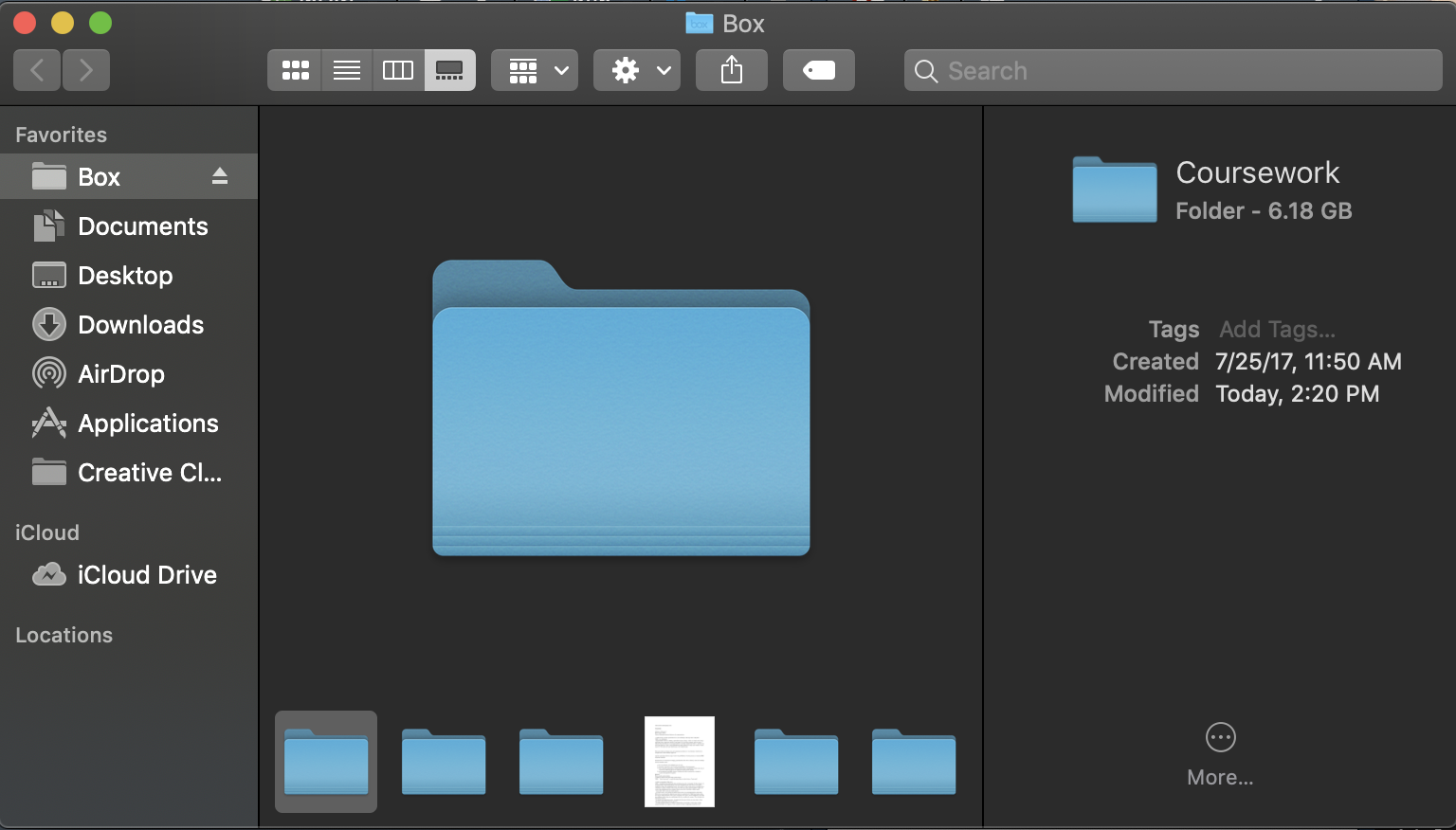 To use the cluster, you’ll need to be somewhat familiar with command line both on your machine and on the cluster. The command line is how you will request nodes and submit jobs. The cluster is a Unix machine so file paths should use ‘/’.

The most important commands, in my opinion, are shown below:

Warning: Be very careful using the rm command. Using the rm command can wipe out entire directories full of files. For example, rm -rf/ remove (rm) - recursive (r) force (f) home (/). That is, the rm -rf/ command will delete every directory, file, and sub-directory within your operating system. It is the equivalent of wiping your entire hard drive clean. The cluster will not let you remove directories that you do not have permissions for. For example, I cannot wipe out another students dissertation directory because I do not have permissions to their directory.

See what working directory you are currently in:

Make a directory ‘test’ inside of ‘Box’ then list the objects in ‘Box’:

notice that ‘test’ is now a directory in ‘Box’. 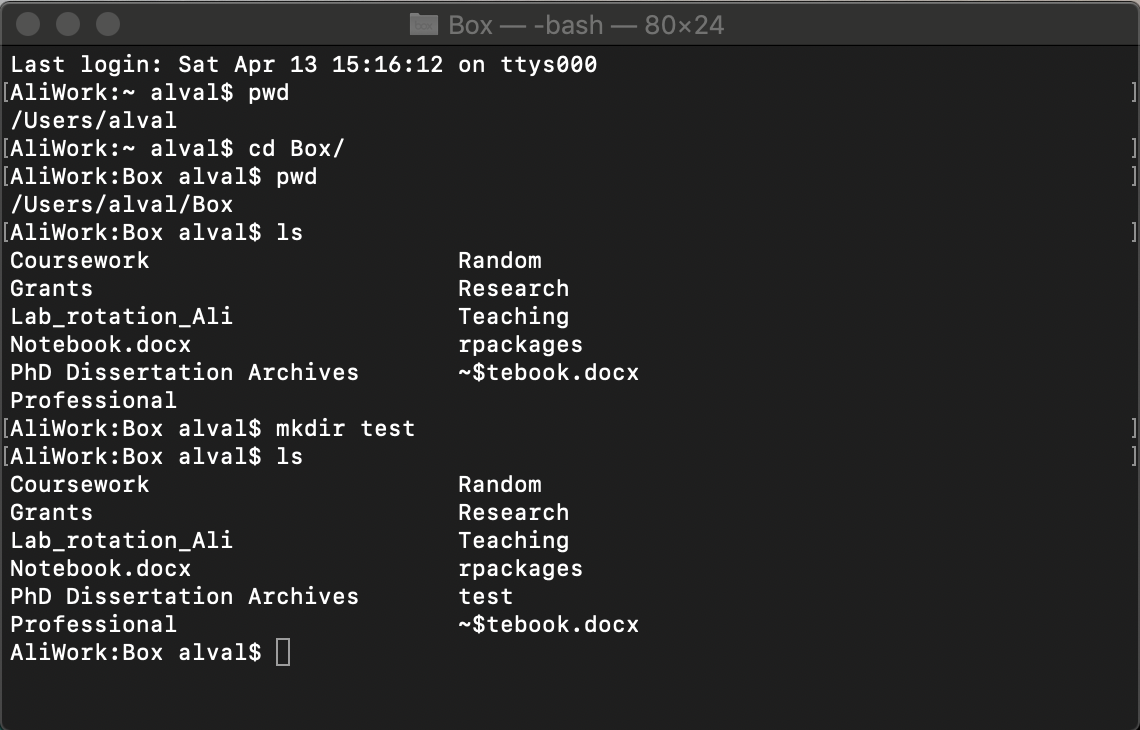 Move the ‘test’ directory to ‘/Users/alval/Box/Teaching’ then list the objects in the ‘Box’ and ‘Teaching’ directories:

notice ‘test’ is no longer in ‘Box’ and has been moved to ‘Teaching’. Because we moved the object rather than copy (cp) the original will no longer be in ‘Box’.

Let’s change the working directory to ‘test’ and list the files:

Notice the ‘test’ directory is empty so nothing is returned.

The next set of code creates three empty text files (‘file1.txt’, ‘file2.txt’, ‘dummy.txt’), and then lists the newly created objects in ‘test’.

Remove the files with ‘file’ in their name and then list the remaining objects in ‘test’:

notice in the next screenshot that ‘file1.txt’ and ‘file2.txt’ were removed but ‘dummy.txt’ remains. This is because only objects with ‘file’ are removed.

Now we set the working directory back to ‘Teaching’ and remove the ‘test’ directory:

notice that ‘test’ is no longer in ‘Teaching’ since it was deleted.

For more information here is a very basic youtube video.

The commands and examples provided here just scratch the surface of what the command line can do. The command line is a computing language so you can write functions and loops or download packages. For example, though GitHub now has a visual studio I personally prefer to use the command line functionality. I find it faster to execute and easier to manage. Like any language, the more you use it the more comfortable you’ll get. It amazes me how much time I save myself organizing files and directories using the command line rather than the graphical folder interface.

At the minimum you’ll need to be comfortable with the command line to get onto the cluster, move around directories, submit jobs, and check jobs.